First off I’d suggest avoiding all the NERF guns that are labelled up as “Zombie” guns as well as the ones that fire the disks or any of them based of bows and arrows these are all either excessively expensive or useless. 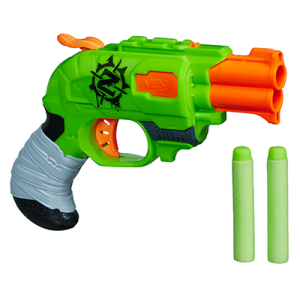 Unless you manage to get a Maverick or Strongarm for under $10 (unless you get the Firestrike for emergencies because that one is semi-decent) is a bad idea. The only reason you should ever get one of these is for emergencies when you can pull another gun out faster than you can reload the one that should already be in you hand. If the previously mentioned is the case you should be able to use a backup Strongarm or Maverick. 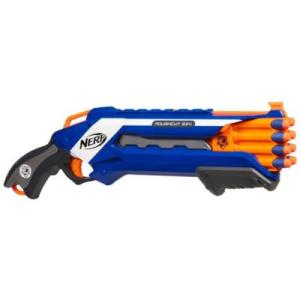 Guns that fire more than one bullet at the same time, such as the Rough Cut 2X4, are just a bad idea as far as HVZ goes. With the Rough Cut the gun simply fires two darts at once, they don’t branch out or anything fancy: pointless. As for guns with a shotgun-like effect that seems like it would be a good idea, are not! They simply fire all over the place and make a mess that you as a human don’t have time to pick up.

These are so cool, but sadly in HVZ there’s just no point. They are annoying to have to reload and cock and are kind of expensive in the end.

Though it makes for a great sniper rifle if you are playing NERF battles with your friends the gun isn’t very useful in a fast-paced game like HVZ. The gun might have good range but you have to cock it form the top which is totally counter-strategic.

Bottom-line use your head, if it seems like a bad idea it probably is. Think strategically, for instance, automatic weapons have situations where it’s a good idea, but there are times when they can be a bad idea plus they tend to use a lot of bullets. Revolvers and socks are probably you’re best bet for any situation, but prepare for each mission rather than just going with the same stuff every time.

4 thoughts on “HVZ: Weapons To Avoid”